The landings took place in June It may seem obvious but one of the key factors in any battle is the quality and commitment of the troops who were fighting. They were conscripted into the German army from territories that the Germans had conquered. There were major differences in terms of the quality of Germans troops the Allies faced on D-Day. American units faced SS Panzer Divisions on D-Day, for example, and these were well trained, well equipped, committed and very formidable opponents.

However, not all German units were so committed.

Advice proffered to enlisted men admitted as frankly that fear was a normal "problem" and suggested ways of controlling it. Some of these are indicated in a wartime publication of the U.

Even if it is undeniable that in combat everyone will be "scared—terrified," there are some antidotes: keeping extra busy with tasks involving details, and engaging in roll calls and countings-off, to emphasize the proximity of buddies, both as support and as audience. And there is a "command" solution to the fear problem which has been popular among military theorists at least since the Civil War: when under shelling and mortar fire and scared stiff, the infantry should alleviate the problem by moving—never back but forward. This will enable trained personnel to take care of the wounded and will bring troops close enough to the enemy to make him stop the shelling.

That it will also bring them close enough to put them within range of rifles and machine guns and hand grenades is what the theorists know but don't mention. The troops know it, which is why they like to move back. This upper or remote-echelon hope that fear can be turned, by argument and reasoning, into something with the appearance of courage illustrates the overlap between the implausible persuasions of advertising and those of modern military motivators.

There was a lot of language devoted to such rationalizing of the irrational. A little booklet issued to infantry replacements joining the Fifth Army in Italy contained tips to ease the entry of innocents into combat: Don't believe all the horror stories circulating in the outfit you're joining.

Don't carry too much stuff. Don't excrete in your foxhole—if you can't get out, put some dirt on a shovel, go on that, and throw the load out. Keep your rifle clean and ready. Don't tape down the handles of your grenades for fear of their flying off accidentally—it takes too long to get the tape off.

The Power of Now: A Guide to Spiritual Enlightenment

Learn to dig in fast when shelling starts. Watch the ground for evidence of mines and booby traps. On the move, keep contact but don't bunch up. And use common sense in your fight against fear:. This open, practical confrontation of a subject usually unmentioned has its counterpart in the higher reaches of the wartime literature of fear. The theme of Alan Rook's poem "Dunkirk Pier," enunciated in the opening stanza, is one hardly utterable during earlier wars:. William Collins's "Ode to Fear," published in , when the average citizen had his wars fought by others whom he never met, is a remote allegorical and allusive performance lamenting the want of powerful emotion in contemporary poetry.

Day Lewis's "Ode to Fear" of is not literary but literal, frank, down-to-earth, appropriately disgusting. The new frankness with which fear would be acknowledged in this modernist, secular, psychologically self-conscious wartime was registered in W. Auden's "September 1, ," in which the speaker, "uncertain and afraid," observes the "waves of anger and fear" washing over the face of the earth. And the new frankness became the virtual subject and center of The Age of Anxiety, which Auden wrote from to Civilian bombing enjoined a new frankness on many Britons.

If the anonymous questionnaire, that indispensable mechanism of the social sciences, had been widely used during the Great War, more perhaps could be known or safely conjectured about the actualities of terror on the Western Front. Questionnaires were employed during the Second World War, and American soldiers were asked about the precise physical signs of their fear. 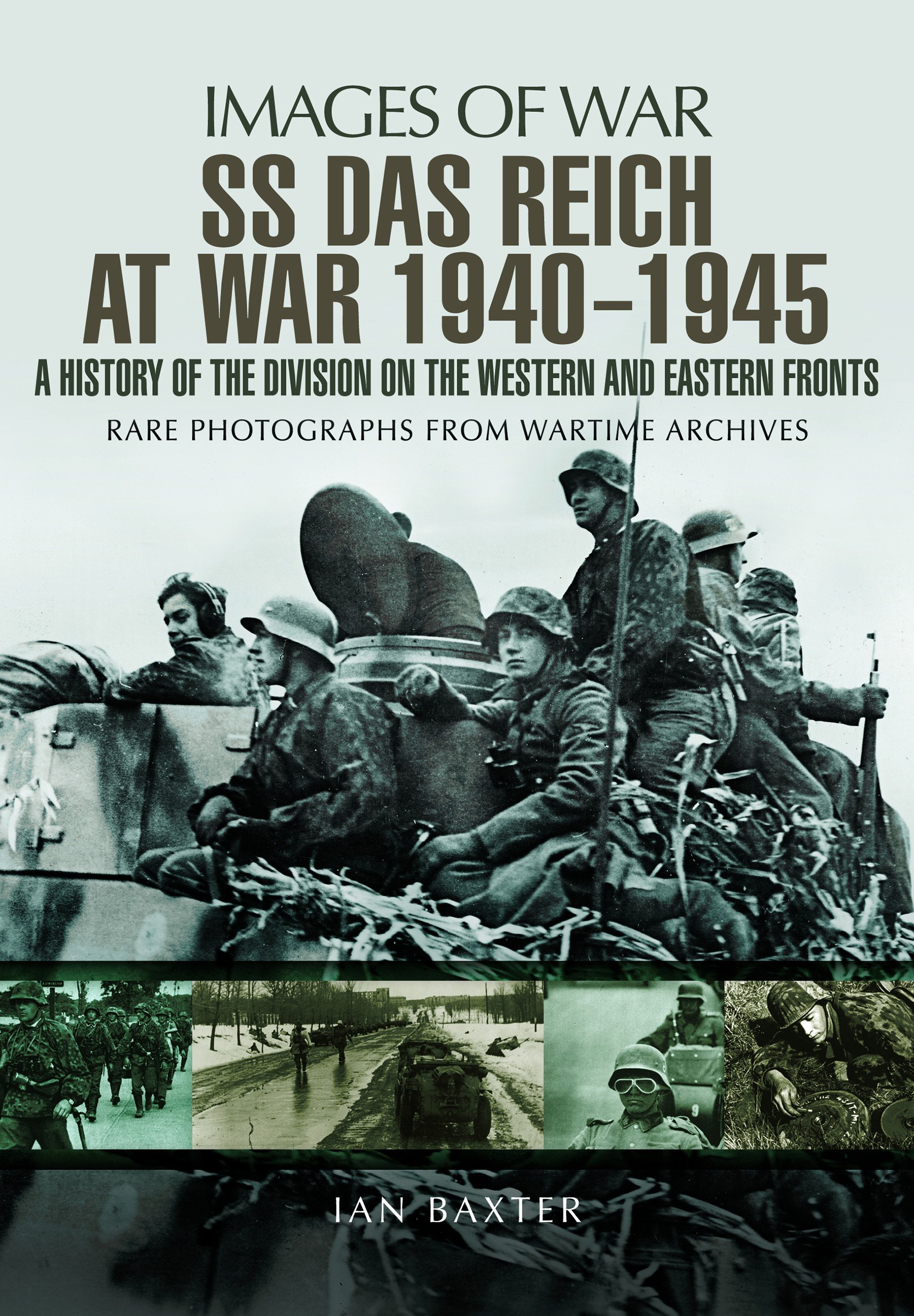 The soldiers testified that they were well acquainted with such impediments to stability as in order of frequency "Violent pounding of the heart, sinking feeling in the stomach, shaking or trembling all over, feeling sick at the stomach, cold sweat, feeling weak or faint. More than a quarter of the soldiers in one division admitted that they'd been so scared they'd vomited, and almost a quarter said that at terrifying moments they'd lost control of their bowels. Ten percent had urinated in their pants. As John Ellis observes of these data,. And furthermore, "If over one-fifth of the men in one division actually admitted that they had fouled themselves, it is a fair assumption that many more actually did so.

The fear of this fear augments as the rank rises: for a colonel to wet his pants under shellfire is much worse than for a PFC. The U. Marine Eugene B. Sledge confessed that just before he landed at Peleliu, "I felt nauseated and feared that my bladder would surely empty itself and reveal me to be the coward I was. If perfect fear casteth out love, perfect shame can cast out even agony. During the Normandy invasion a group of American soldiers came upon a paratroop sergeant caught by his chute in a tree.

He had broken his leg, and fouled himself as well. He was so ashamed that he begged the soldiers not to come near him, despite his need to be cut down and taken care of.

Men more experienced than that paratrooper had learned to be comfortable with the new frankness. A soldier unused to combat heard his sergeant utter an obscenity when their unit was hit by German 88 fire:. Other public signs of fear are almost equally common, if even more "comic. It is very hard for a field-grade officer to keep his dignity when that happens.


For the ground troops, artillery and mortar fire were the most terrifying, partly because their noise was so deafening and unignorable, and partly because the damage they caused the body—sometimes total disappearance or atomization into tiny red bits—was worse than most damage by bullets. To be killed by bullets seemed "so clean and surgical" to Sledge. For years after the war ex-soldiers seized up when confronted by patches of grass and felt safe only when walking on asphalt or concrete. Fear among the troops was probably greatest in the staging areas just before D-Day: that was the largest assembly of Allied troops yet unblooded and combat-virgin.

They were very, very young. One such feature was the rate at which it destroyed human beings—friendly as well as enemy. Training for infantry fighting, few American soldiers were tough-minded enough to accept the full, awful implications of the term "replacement" in the designation of their Replacement Training Centers. The proposed euphemism "reinforcement" never caught on. What was going to happen to the soldiers they were being trained to replace? Why should so many "replacements"—hundreds of thousands of them, actually—be required? The answers came soon enough in the European theater, in Italy, France, and finally Germany.

In six weeks of fighting in Normandy, the 90th Infantry Division had to replace percent of its officers and more than percent of its men. If a division was engaged for more than three months, the probability was that every one of its second lieutenants, all of them, would he killed or wounded. For those being prepared as replacements at officer candidate schools, it was not mentally healthy to dwell on the oddity of the schools' turning out hundreds of new junior officers weekly after the army had reached its full wartime strength.

Only experience would make the need clear. The commanding officer of the 6th King's Own Scottish Borderers, which finally arrived in Hamburg in after fighting all the way from Normandy, found an average of five original men remaining out of around in each rifle company. And it was not just wounds and death that depopulated the rifle companies. In the South Pacific it was malaria, dengue, blackwater fever, and dysentery; in Europe, dysentery, pneumonia, and trench foot. What disease did to the troops in the Pacific has never been widely known.

The ingestion of Atabrine, the wartime substitute for quinine as a malaria preventive, has caused ears to ring for a lifetime, and decades afterward thousands still undergo their regular malaria attacks, freezing and burning and shaking all over. In Burma, British and American troops suffered so regularly from dysentery that they cut large holes in the seats of their trousers to simplify things.